Just so you know, if you click on a product on BestExercise.co.uk and decide to buy it, we may earn a small commission.

Which is better – the rowing machine or the spin bike?

Whilst both pieces of equipment are incredibly different from each other in terms of function and ergonomics, they both have a lot of similarities when it comes down to fitness benefits.

In order to find out which one is best, our experts have definitively reviewed the pros and cons of both rowing machines and spin bikes, and weighed them up against each other to find the outright winner.

We’ve tried to cover all of the biggest questions you may ask yourself when considering a rowing machine vs spin bike, such as which one is better for cardio, weight loss, strength gains and other areas. So hopefully at least one of our key considerations below will make your decision easier as to which one to buy.

Without further ado, let’s get stuck in.

Spin bikes are better for cardio than rowing machines. It’s one of the few areas where spin bikes are ahead, and it’s all down to the variance in movement they offer.

Why? Think about it; on an average day, you may only walk around 4-5 miles (or less). On average, you may only walk up and down a flight of stairs three to four times. By the end of your normal commute, you might have walked around 5000 throughout the day. [1] Whilst this sounds like a lot, if you’re working at a desk, it will be significantly less. Likewise, walking is very low effort and so doesn’t have huge cardio benefits.

However, as soon as you get on an exercise bike, particularly a spin bike, all that changes dramatically.

In the same amount of time you would normally take to walk around four miles on foot in your work day, you could easily clock over 20 miles on a spin bike. Why? Because spin bikes offer the ability to move and “spin” through 360 degrees, giving you a greater range of movement than a standard rowing machine.

Rowing machines, on the other hand, are a lot less cardio-intense than spin bikes.

The reason for this is the fact that rowing machines require you to use a number of large muscle groups to pull you through each repetition. Once you’re underway, you’re gliding through a lot of the distance of your rowing, meaning you’re not consistently having to work in order to cover the same distance as you would on a spin bike.

In terms of cardio benefits, the spin bike is a clear winner.

Spin bikes are slightly better for weight loss than rowing machines, but this comes with a slight caveat. One of the main reasons why spin bikes are so efficient at burning calories and losing weight is that they are incredibly high intensity. A spin bike workout can be non-stop pedalling with very little rest, with your legs constantly putting in the effort to push you through the workout.

Spin bikes also force you to sit/stand upright and engage your core to maintain your balance on the bike, further expending energy and helping you to lose weight.

If we look at calorie expenditure for both rowing machines and spin bikes at a moderate pace, the numbers are fairly similar.

This is largely due to the fact that rowing machines use a number of large muscle groups, which are very high intensity when it comes down to burning calories. Plus, you’re constantly pushing through the machine in order to power your way across each stroke, making it an incredibly effective exercise machine for both toning and weight loss.

However, spin bikes have a couple of unique benefits that will make you burn more calories than you would on a rowing machine. They include:

The standing position – by constantly cycling beneath yourself, rather than pulling the flywheel back and forth under you, you’re actually working against gravity in order to generate momentum and maintain your balance.

Spin Classes – if you’re looking at following along with spin classes at a gym or at home with a home spin bike, then they are incredibly high-intensity and will burn a lot of calories. Typical 30-minute spin classes can burn 300-500 calories.

Both rowing machines and spin bikes are great for shedding fat, but they work in slightly different ways.

As we’ve already mentioned, such a high-intensity exercise machine like the spin bike is great for weight loss and burning calories, making it perfect for those looking to shed fat quickly. On the other hand, the rowing machine is much more effective for building muscle mass.

The reason for this is because of the fact that rowing machines use a number of large muscle groups in order to pull you through each stroke. As such, your thighs are forced to engage with every single push and pull throughout your workout as you row back and forth on the machine. Your hamstrings, glutes and core are also activated to give you support as you row in order to keep your balance whilst using the rowing machine. Finally, your back and arms are helping to pull the resistance of the rowing machine through to the back of your stroke.

This is a great workout for building muscle and increasing strength, especially if you’re looking at increasing your lean muscle mass.

As we’ve seen, both rowing machines and spin bikes are great at helping you to lose weight or build muscle mass. However, when it comes down to affordability, which one can be bought for the lowest price?

The best budget spin bike that our team would recommend is the Naspaluro Home Spin Bike, which typically costs around £150-£200. Whilst there are more budget-friendly options out there, we have struggled to find ones that are good enough quality for us to recommend at the time of writing.

The best budget rowing machine we would recommend is the XS Sports R310 Rower. This is a magnetic rower that costs around £199. You’ll want to make sure that you opt for a magnetic or an air rowing machine to ensure that you get the most out of your workout. Similar to the spin bikes, you can get cheaper rowers but we’re trying to compare like-for-like the typical machines you’d find in the gym.

If you’re interested in buying a rowing machine, we recommend checking out our definitive guide to the best budget rowing machines in the UK.

Best Suited to Home Use (Rowing Machine vs Spin Bike)

If you’re looking to use a rowing machine or a spin bike at home, then you’ll likely have to take into consideration a number of key factors. We’ve covered them below.

This is a tricky one, but the rowing machine just clinches it for us. Whilst spin bikes may take up less floor space, they’re not easily stored and so will sit in position 24/7. The advantage rowing machines have is that most of them are foldable and so can be stored away easily, thus saving space.

We’ve tested a bunch of home spin bikes and rowing machines, and we’ve come across some, quite frankly, very loud pieces of equipment. Fortunately, they were typically sub £100 and so not usually recommended by us.

For any spin bike or rower that’s £150+, they’re going to have similar noise levels. No discernable winner when it comes to noise, but they’re both quiet enough to not wake family and neighbours.

Both rowers and bikes come with a decent number of key features such as heartrate monitors, live stats on your speed, distance, time and calories burned.

Again, there is no outright winner here – both do a great job at providing you with a bunch of clever features to keep you committed and on track.

Rowing Machine vs Spin Bike – Which is Better?

So, the big question is, which is better?

Well, it depends. Bit of a boring answer we know, but it really does.

Whilst the spin bike came slightly out on top across our range of questions above, it may not be the correct piece of equipment to opt for for your specific circumstances.

For instance, if you’re looking to primarily build muscle whilst still burning fat as a by-product, then the rowing machine would be the better option as spin bikes aren’t as beneficial when it comes to building muscle.

Likewise, if you’re all about losing weight as efficiently as possible, then the spin bike is for you.

Hopefully with the results from our questions, you’ve managed to get a better understanding as to whether the rower or the spin bike is right for you. If you do still have any questions before taking the plunge, be sure to leave a comment. 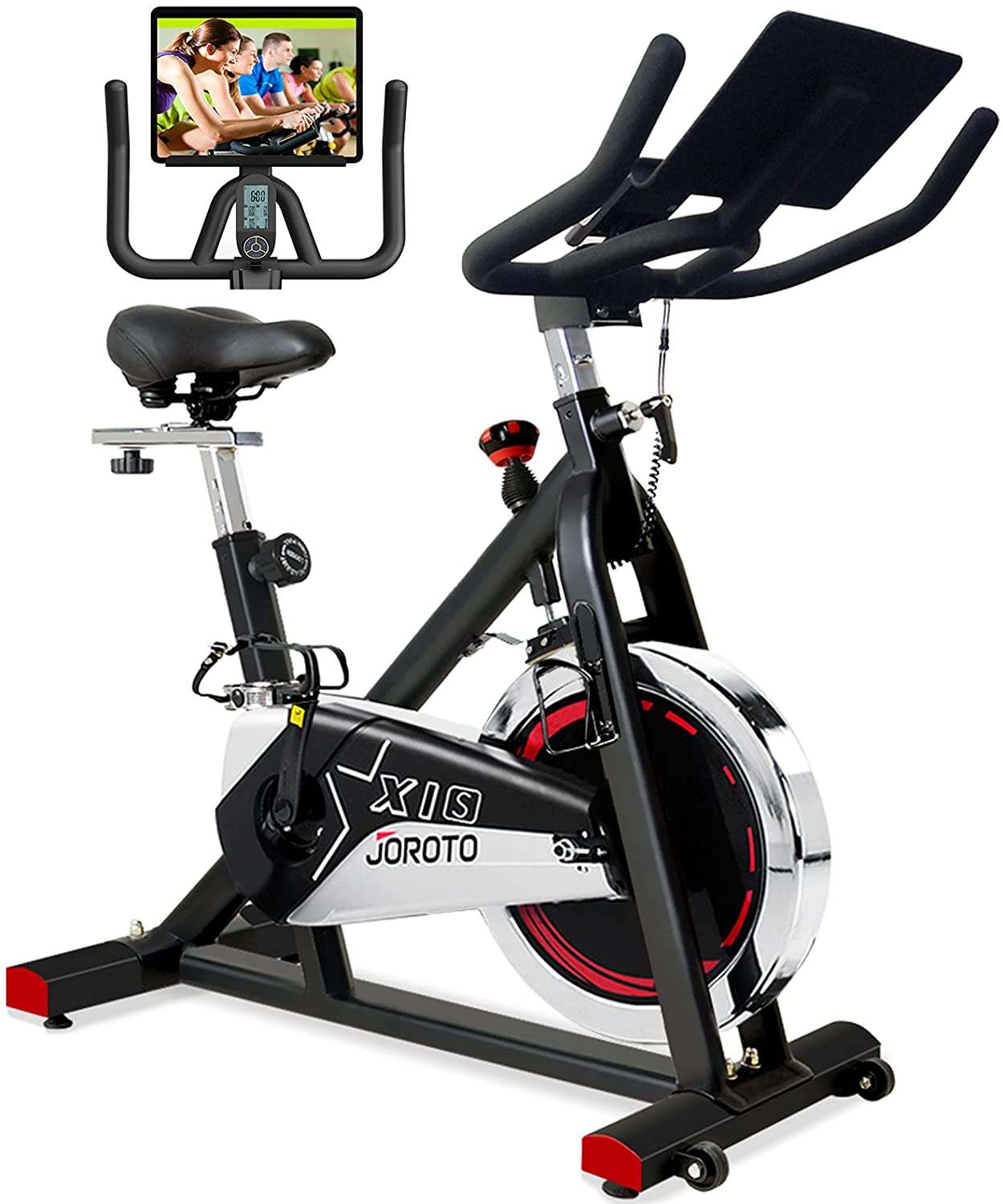 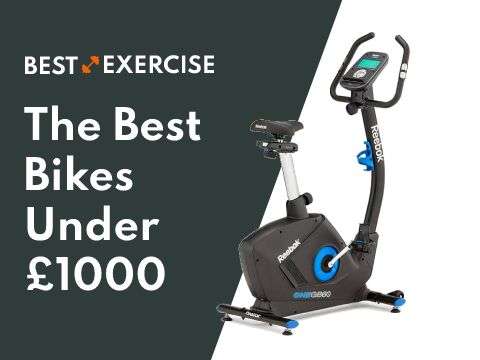 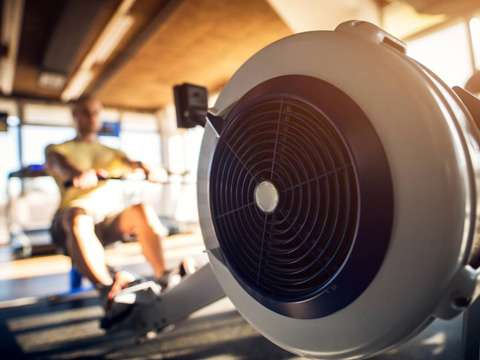 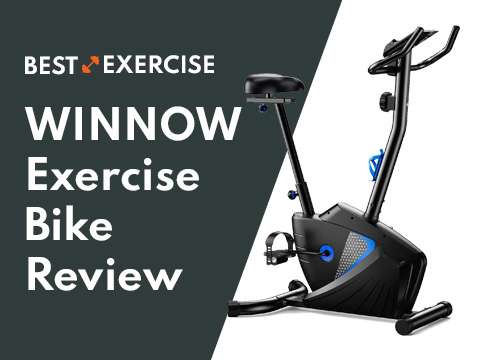 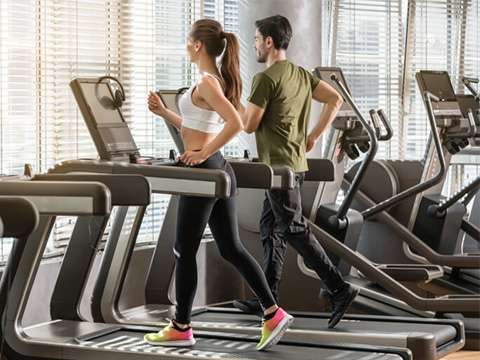 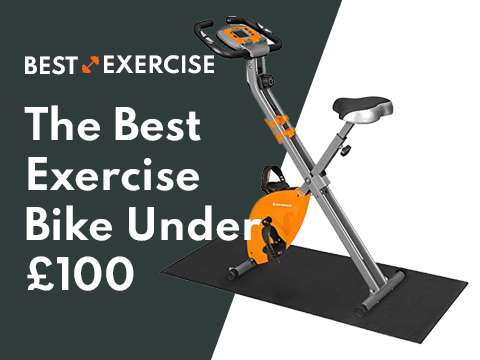